I had the opportunity to take part in a photo tour of the Newfoundland and Labrador House of Assembly last weekend, organized by one of the local photo clubs. It was interesting to see the building from the inside. The video streams and news coverage do not do it justice. It’s also very different from the Irish Parliament, more modern. It reminded me more of the Australian Parliament. Though it is smaller, naturally. They still have a lot of history on display and it is well worth a visit if you ever get the chance.

There are some more photos up on my Flickr stream as well: House Of Assembly. 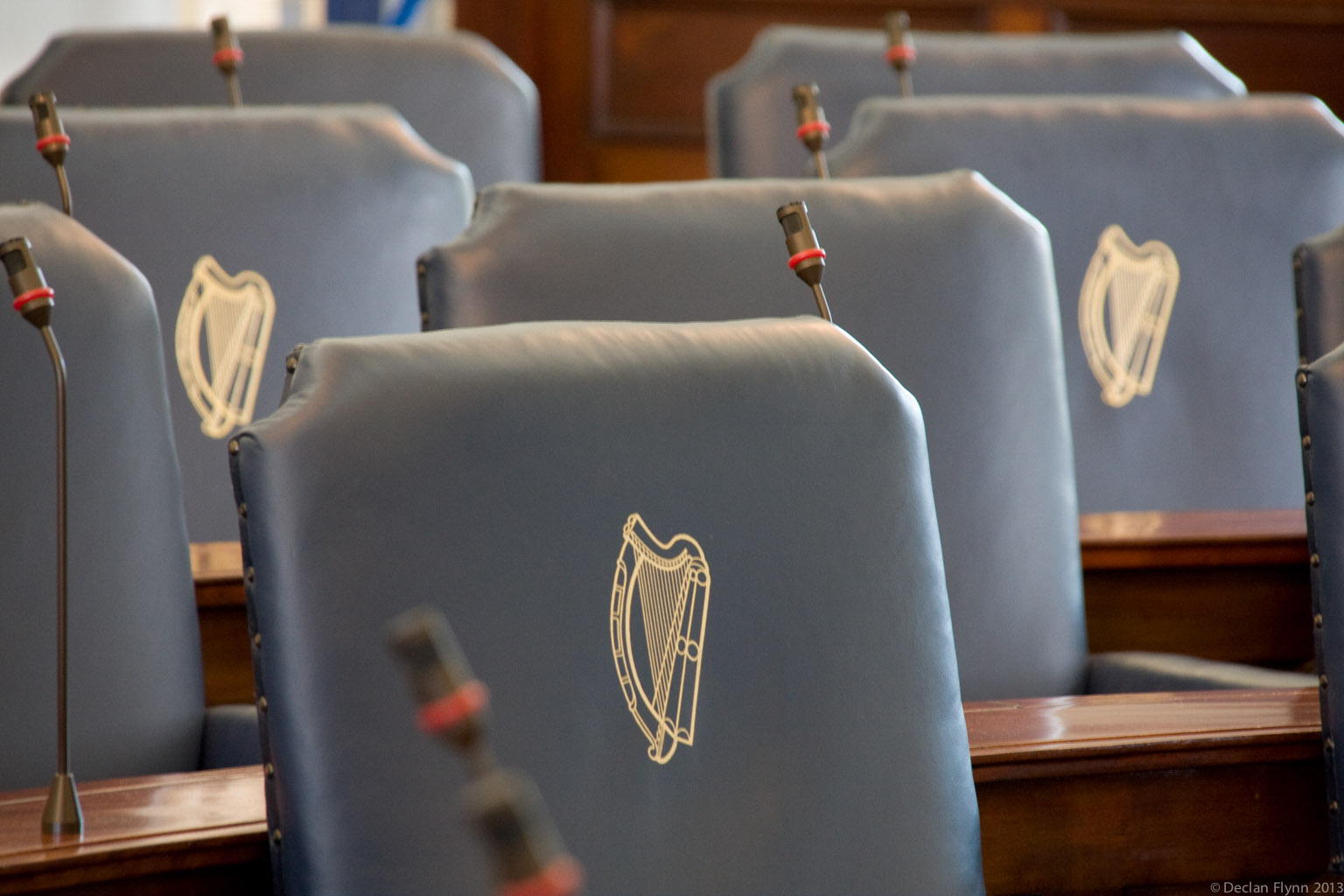 There is a referendum coming up back home in Ireland to do with abolishing the Seanad which is the Irish Senate. Unfortunately over the years it has become a bit of a toothless tiger filled with retiring Dail politicians, wanna-be Dail politicians or government appointees who tow the government line on every issue rendering the upper chamber a useless rubber stamp for the lower chamber. The government now wants to abolish it instead of reforming it. While it cant continue to exist in it’s current form it would be a shame to see Ireland left without one of the important democratic checks and balances.

This is an old photo from my library that I took some years ago during a photo tour of Leinster House and the Houses of the Oireachtas. We got the opportunity to go into the Chambers and take some photos like this while they were empty. It was posted to my Flicker page at that time as an All Rights Reserved photo. With the Seanad now the center of political attention in Ireland one organisation contacted me and requested permission to use it and several other photos I had taken, which I gave them. Last night I  was curious so I decided to do a quick Google image search and discovered some people have already used it without my permission. Two media companies, a group Facebook page, a PR company, a blogger and a couple of Seanad candidates.

I’m naturally pissed. My stance on my photos is simple, ask don’t steal. Sometimes when my photos are used I get paid, especially for commercial use. Sometimes after chatting with the person who wants to use a photo I will allow them to use it for free so long at they give me suitable credit. This did not happen in this case. I can understand amateurs grabbing pictures and making a mistake but media and PR professionals do know better, after all if someone stole their work they would drag them to court.  So now I’ve had to send out emails and will probably have to follow them up with invoices and get into all that hassle. 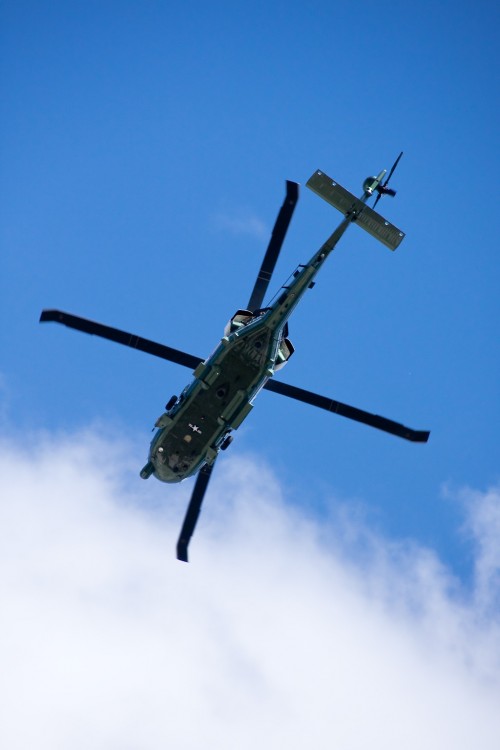 Today finished off a busy week in Ireland with Barack Obama paying a flying visit. After some meetings in the city he headed off to Moneygall to meet his cousins and his route out of the city took him over my office. I missed the flight out and almost missed the flight back but just got out the door in time to see one of his Marine helicopters fly directly over my head between two buildings. Was he on board? Since the idea of using two identical helicopters is that no one outside his group knows which one he is in so I’ll be positive and assume he was on board this one. I managed to grab one photo and then he was gone back into the city center to address the crowds waiting there and to practice his Irish, “Is féidir linn” or Yes We Can. 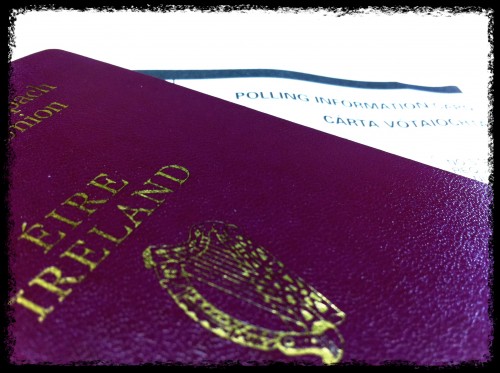 General Election 2011 is over, at least the first one is over and hopefully the politicians can sort out a deal to make a stable government. The odds are that a Fine Gael/Labour coalition will govern for some years to come while the outgoing Fianna Fail party could take several elections to recover from the  disaster that befell it. At the end of the day Fianna Fail cant blame anyone but themselves. Their policy decisions over the last decade led the country into an unsustainable boom and when it all collapsed they landed the nation with a huge amount of debt while trying to shore up a group of banks that mattered little to anyone outside the golden circle of property developers and politicians.  I personally dont doubt most of the TDs thought they were doing the right thing for the country but they had become so removed from the real country and the ordinary people that they did not understand what life was like outside Government Buildings.

I voted. I always have since I was old enough to vote. When you consider what people went through to get the right to vote then it seems childishly ungrateful not to spare 10 minutes every 5 years on the way home to call into a hall and put a mark on a piece of paper. For ID I brought my passport and before heading over to the polling station I snapped a couple of shots. Most of them didnt come out and then on the way I only managed to get one photo of the election posters that I liked. I did try to sneak an iPhone photo of the ballot paper when I was in the voting booth (not allowed but I wasnt the only one who did it) but it didnt come out so these two photos will just have to do for this election.