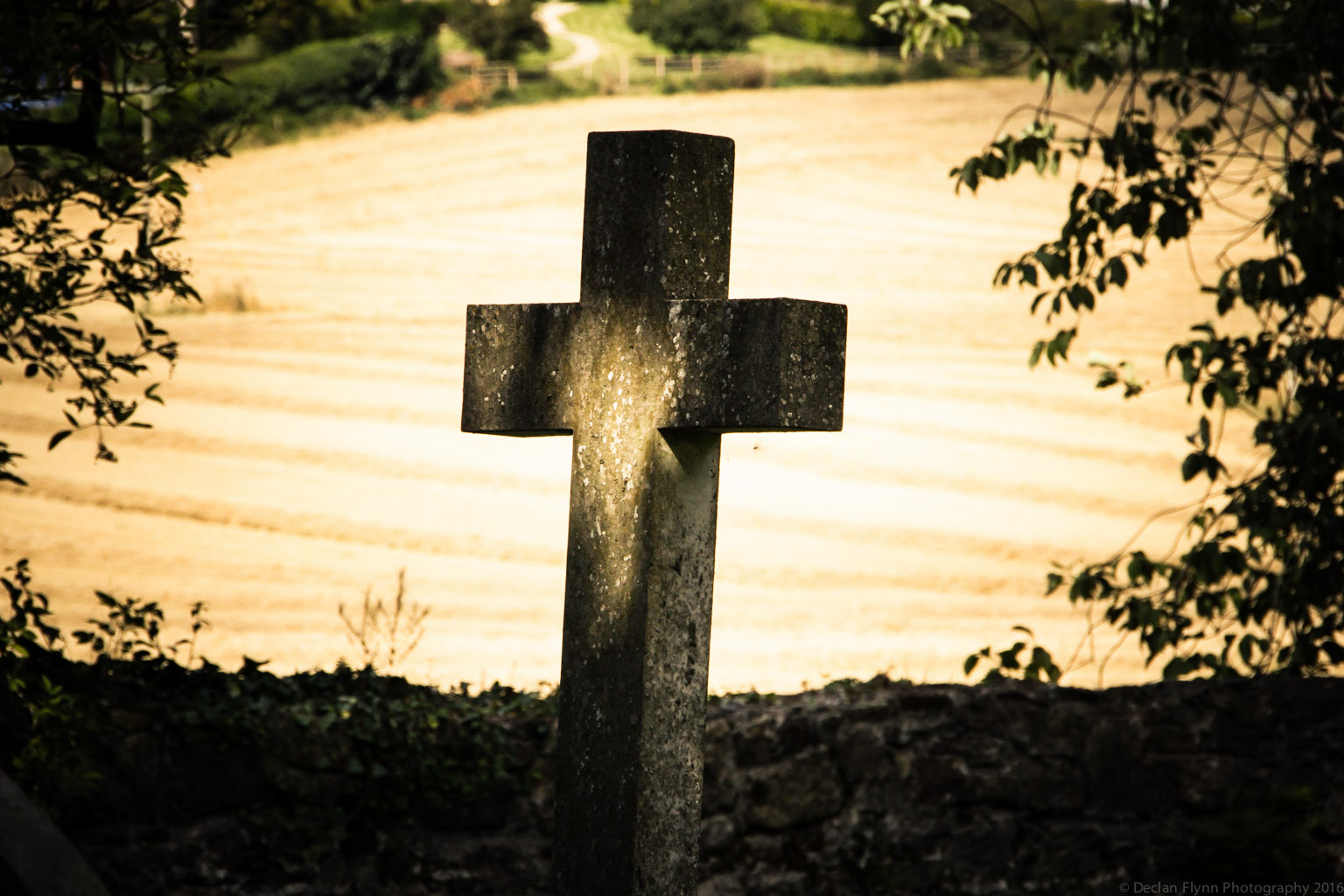 We were back home in Ireland last month and while you might think it’s a great opportunity to take photos I didnt actually get out much with the camera. 99% of the photos I took were casual family photos which I won’t post here. But we did visit an old graveyard where my grandparents are buried. It’s a very old graveyard and covered with a canopy of tree branches so even on the brightest of days it’s dark and quiet. This is one of the old headstones which caught my attention as the light coming through the cover hit the cross perfectly. 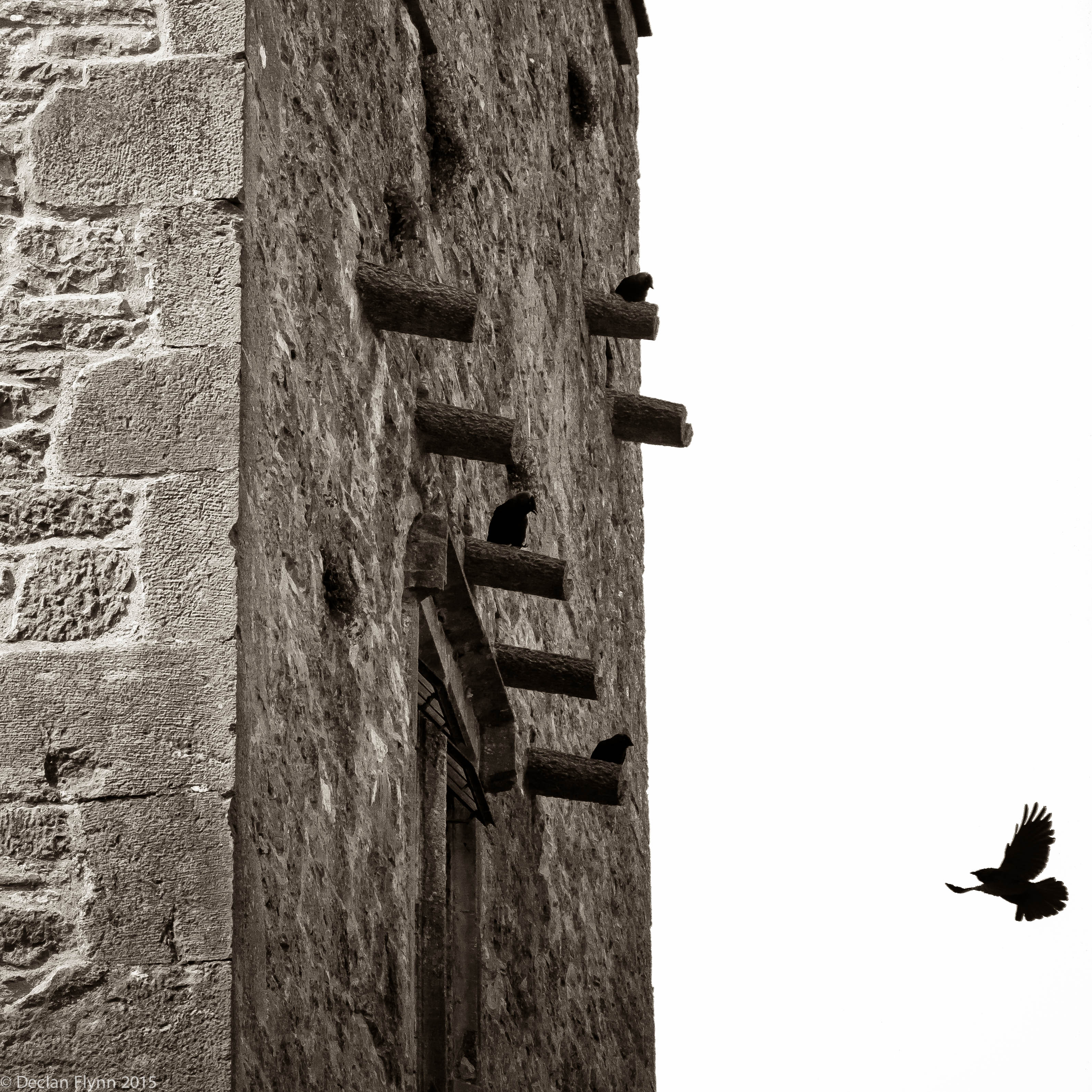 Here is another picture from our visit to Ireland. This was taken at Cahir Castle. There were crows flying around one of the towers and as a Game of Thrones fan they reminded me of the ravens who carry messages around Westerns. Sure these aren’t ravens and this isn’t a Night Watch outpost but still it was moment of fantasy crossing over to real life. 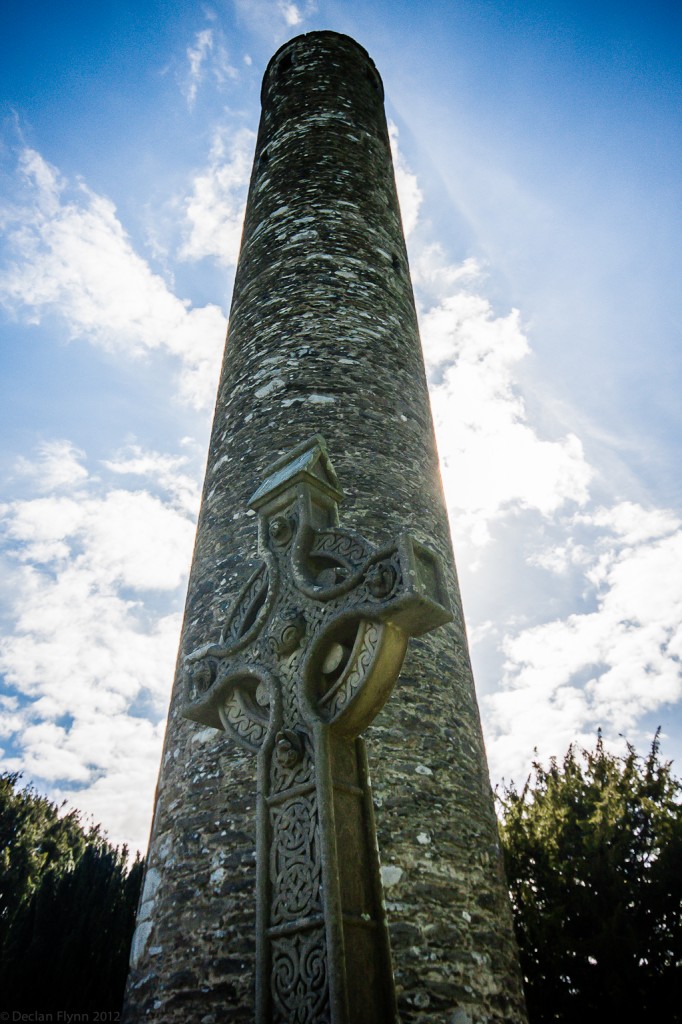 I seem to be spending a large amount of time around ruined buildings with my camera these days. Over the bank holiday weekend Lauren and myself decided to drive over to Dun Laoghaire for lunch and to take some photos. An hour or so later we ended up in Glengalough instead. I’m glad we changed out minds as it was a beautiful day out there and Lauren had never seen the old monastery before.

I took this photo with a crowd of Americans and Germans around the tower. It was hard to get a shot without some florescent jacket poking it’s way in but knelling on the grass with a wide angle lens looking up did the trick.

The tower was silhouetted against the sun and I didn’t have my flash with me so I had to work with the available light and quite a bit of work in Lightroom later on but I kinda like the result I was eventually able to get. Course it may look awful on other screens, but I won’t know until I post it and find out. 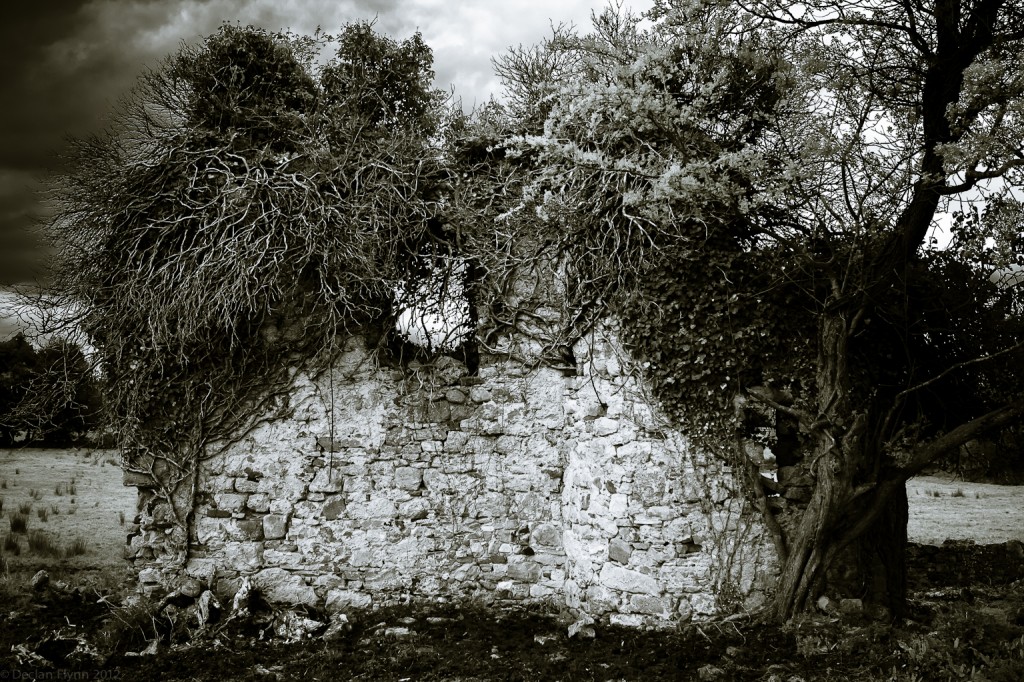 This ruin stands on the land behind my parents house. No one is sure when, why or by who it was built but local legend says it was either a Norman Tower House or church. Most of it is leveled to the ground with just a the base of the walls remaining but base of an old tower still stands in defiance of time, humanity and nature.

We spent many hours and days playing around these ruins as children. It has been in this state since long before I was around. In fact my grandfather who was born in 1903 helped build a barn beside the ruins when he was young and they used some of the stones from around the tower which was already a ruin. 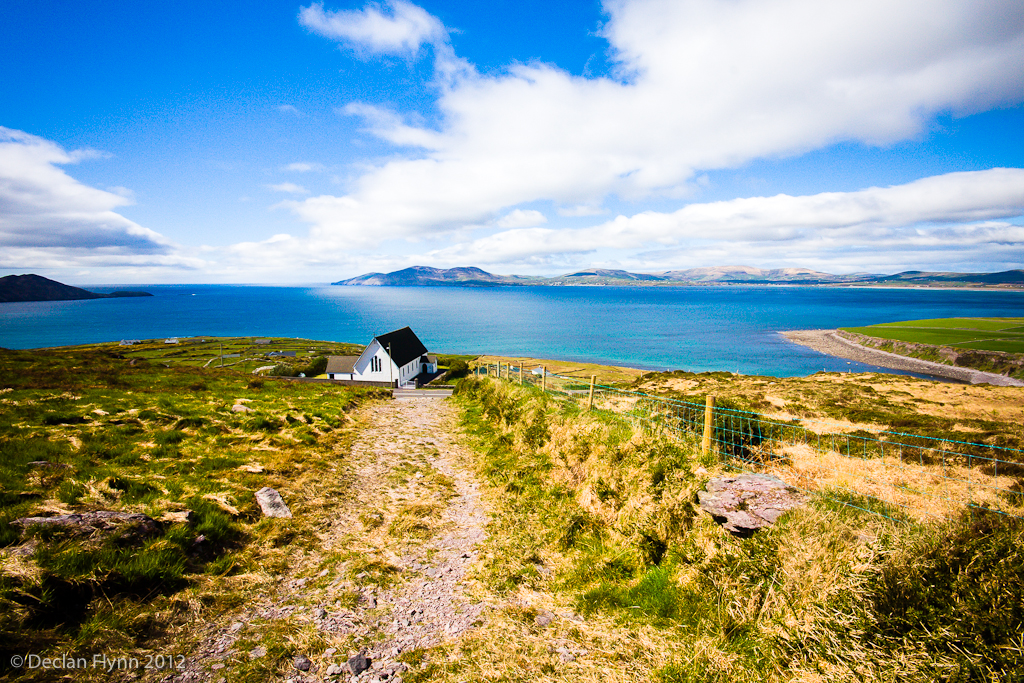 A photo from our trip to Kerry a few weeks ago. We were driving along on the Ring of Kerry and came across this church. There is a little car park in front with cars in it which was ruining the shot but by walking up the path a bit I found this angle which took the cars out of the image. I did kind of freak out my wife who was taking her own photos and turned around to find I had vanished. 🙂

The church itself reminds me of churches in Newfoundland, especially with the landscape around it. 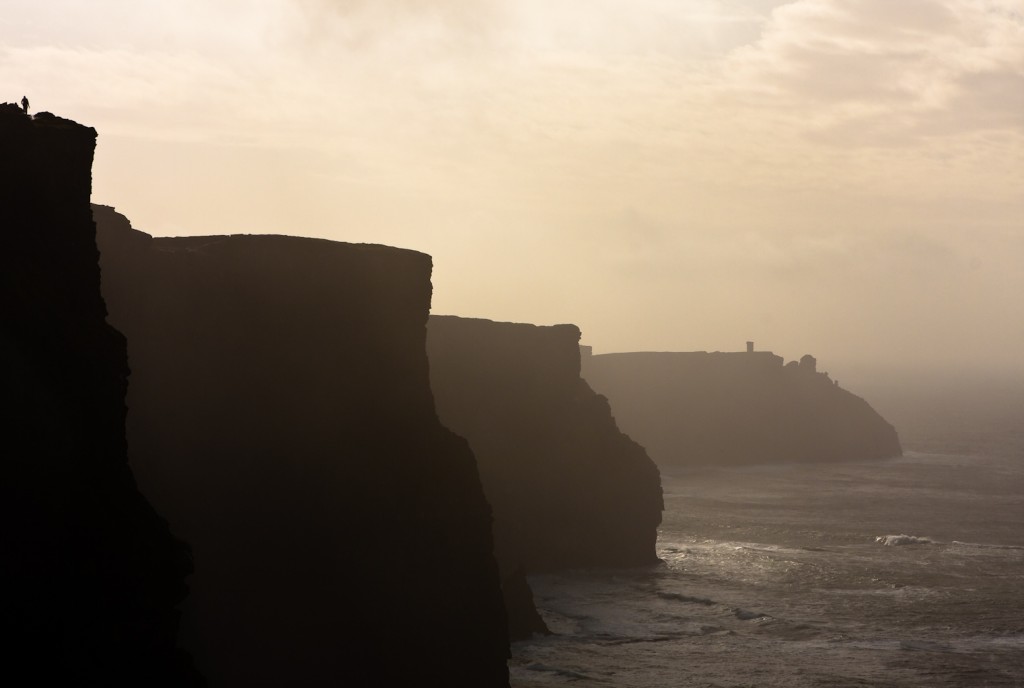 Another photo from our trip to the west last year, the Cliffs of Moher. At first the weather was so bad it was hard to get any photos but after a bit of time in the visitor center and a late lunch the rain had cleared and we were able to see the cliffs.

Hopefully next weekend I’ll have some new photos to post, it’s St Patricks Day after all. Plus we’re hoping to do a trip to Kerry soon, at this stage I’m pretty tired of taking photos around Dublin.