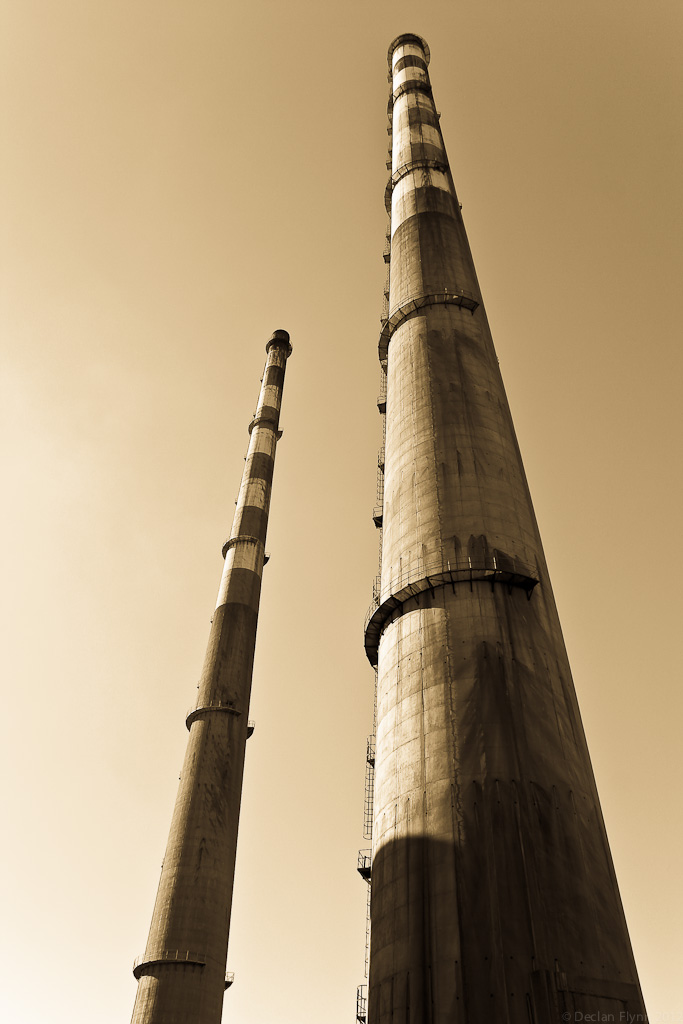 The chimney stacks of Poolbeg power station which have been a feature of the city skyline for over 30 years. The top of each chimney is painted red and white while the rest is a rusty color. The stacks have a strange beauty to them both from a distance and up close. I was lucky enough to take part in a photo tour of the station some years ago where we had plenty of time to learn about the station and take as many photographs as we could fit on our memory cards. Even back then the station was almost abandoned. Most of the generation is now automated leaving the large rooms and industrial areas strangely abandoned. While no official decision has been made about the future of the chimneys the station will be decommissioned next year and Dublin City planners have already rejected a proposal to put a preservation order on the chimneys.

This site uses Akismet to reduce spam. Learn how your comment data is processed.