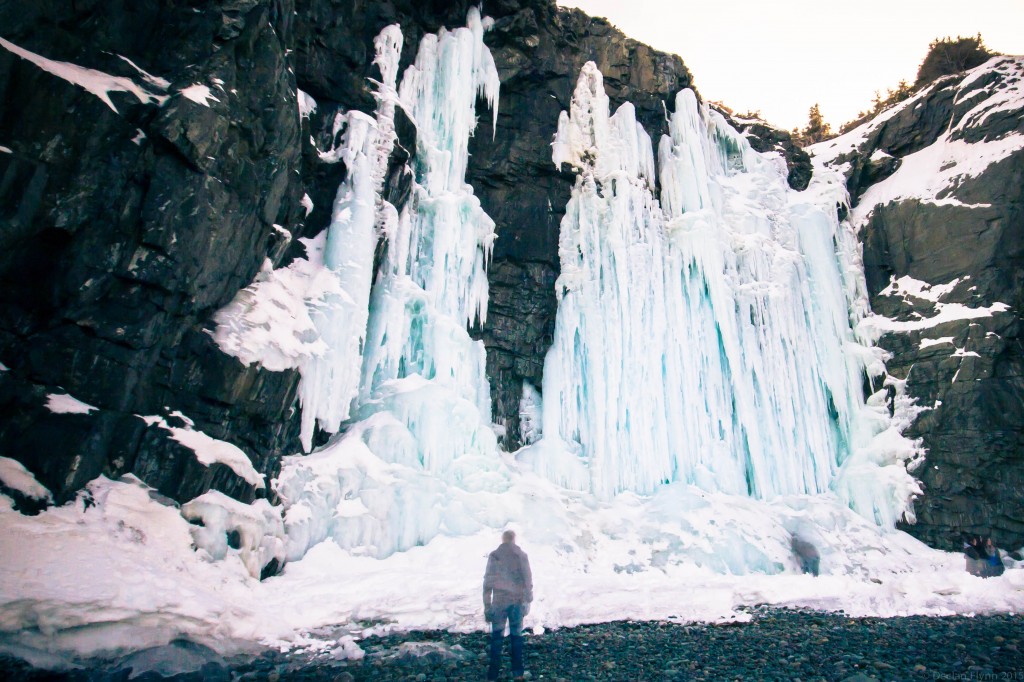 One of the local novelty attractions of the year is the frozen waterfall down at Middle Cove beach. I finally got down to it at the weekend to take some shots before it melted. Unfortunately many others had the same idea and there was a constant flow of people taking photos and selfies in front of the falls. Thankfully I had thrown my long exposure filters in the bag before leaving and decided to set up for 2 minute exposures which blurred out most of the people except those who stood in the same spot. That happened in this shot but what was weird was the fact that it appears the person standing in the shot didn’t move a muscle for at least a minute of the two. I don’t remember anyone like that, a couple of other photographers with monopods and the like but none where someone just stood arms at their sides. It’s a bit spooky.

On a side note, I recently had a bit of a problem with my WordPress installs, they got wiped in an upgrade and though my hosting provider manager to restore from their own backups I still took the opportunity to revamp the template for my blog. Then because I am a real glutton for punishment I decided to reformat my laptop so it took me a while to get back up to speed again, especially since I forgot to copy over my Lightroom Presets and Templates, which are not stored with the catalogs, so I had to go hunting through Time Machine backups. Lesson learned.

This site uses Akismet to reduce spam. Learn how your comment data is processed.